I went to the kellermeister winery on...

7/31/16
I went to the kellermeister winery on the 31st of July. They had a pretty fire place and garden but that is about it. The winery is very small. I was waiting to be served but no one was coming they just kept chatting to other people they saw me but just never did anything. I saw a group leave so I went to that area but the lady went to a couple and started chatting to them and wouldn't stop. I was ignored I have no idea why so I just left. I recommend you going somewhere else it really is a waste of time there isn't anything special there. There are so many other nicer wineries this one really isn't worth going to. The only reason I went there was because I had just visited the lavender farm and I was looking for a nice winery on my birthday and I saw the Kellermeister and it looked nice from the outside so I went in and ended up leaving feeling annoying and disappointed. I thought I was going to have a nice day out with my family but Kellermeister did ruin my day.
Source: google

The GSM so smooth and delicious. While...

7/8/16
The GSM so smooth and delicious. While overlooking the view.
Source: google
Write your review!

Kellermeister is owned and operated by the Pearce family. While continuing to do small things well and have fun along the way, winemaker / owner Mark Pearce has firmly established considerable pedigree, particularly around the winery's Shiraz and Grenache based wines in recent years. Under Mark's leadership the winery achieved significant success on the world's biggest stage, the International Wine Challenge, in London in 2012 being awarded the World's Best Shiraz, Australia's Best Shiraz and the Barossa's Best Shiraz and then followed up in 2013 being awarded the Barossa's Best Shiraz, Grenache and Mataro. Today the winery is rated in the top 7% of Australian producers by Australia’s most authoritative and acclaimed wine critic, James Halliday.

Kellermeister was originally founded founded by Ralph Jones in 1976 and named in honour of his German mother, who died when he was a young boy and whose maiden name he recalled as being 'Keller' before being anglicized. Ralph's ambition in establishing Kellermeister was to “play the Curtain Raiser” in the Barossa Valley, hand making, hand bottling and hand selling small batch wines of true character. With his beloved wife Val beside him he would purchase a century old Shiraz vineyard (known as Kellermeister's Black Sash vineyard today) on a hill near the sleepy southern Barossa town of Lyndoch, and later build the now famous yet still humble mud brick cellar from the scorched red earth of that unique and gloriously located site.

For many years Kellermeister has been hand selecting grapes from a rich tapestry of vineyards throughout the Barossa and Eden Valley. From the gnarly old shiraz vines that line the road that leads to our famous mudbrick cellar door, to the rows of riesling that follow the contours of the Eden Valley hillside - each vineyard has it's own unique characteristics.

Both in our estate vineyards and working closely with our growers we try and capture these varying colours, textures and flavours in all of the wines we make. 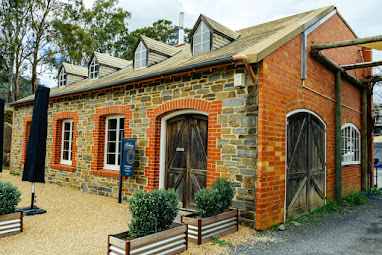 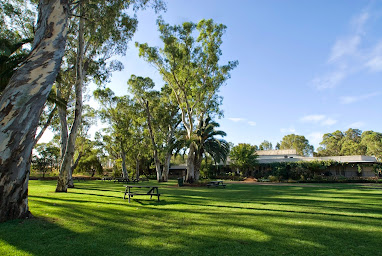