La Ghibellina was founded in 2000 by Alberto and Marina Ghibellini and specialises in the production of high quality wines that at the same time emphasize their typical character.

Located in Monterotondo, which is part of the Municipality of Gavi (Piedmont) and is one of the most ideally suited areas for the production of Cortese di Gavi DOCG, the vineyard stretches over an area of around 20 hectares, in a beautiful context of rolling hills between the southern part of the Po River Valley and the Ligurian Appenines.

The soil conditions, the ideal exposure to sunlight, and the climate that is particularly adapted to the cultivation of vines and that benefits from the sea breeze that blows from the nearby Mediterranean coast, make the conditions ideal for the production of wines with a firm and always recognizable character.

The care of the vines and the uncompromising dedication to the cellar make it possible to strive for constant improvement.

First cited in a letter written by the steward to the Marchese Doria in 1659, the cortese – known as “corteis” in dialect – is an autochthonous vine with white grapes that is mainly grown in the Southern part of the province of Alessandria, from Ovada to the Tortonan Hills, and in particular in the area of Gavi, where there is a great tradition for this vine and the highest quality is reached.

In 1870 Demaria and Leardi, who were the first scholars to study it scientifically, described the Cortese as a robust vine which is fecund and made precious by the “goodness and the exquisiteness of its produce”, that “loves a sunny south facing disposition, [...] and that prospers both in calcareous, clayey and mixed soils”. Moreover the studies made by Louis Oudard, the oenologist of the Count Cavour in Grinzane, showed the great potential of the cortese as a grape that could be used for the production of sparkling wines.

The fortunes of the cortese, given these premises, soon took off and by 1876 the Marchese Cambiaso, followed soon by the Raggo, Serra, Sertorio and Spinola families all decided to establish the first specialised vineyards on their estates in Gavi. From that moment the cultivation expanded rapidly also due to a further impulse in the early years of the Twentieth Century when numerous vineyards were replanted following the devastation of the Phylloxera. 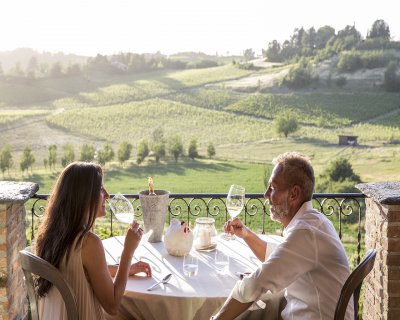 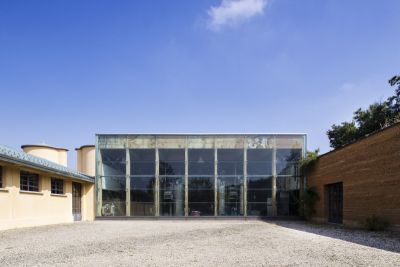 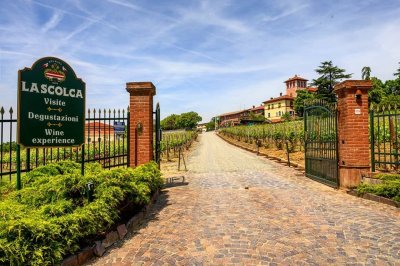