Great place for a meal. Prices are...

12/2/13
Great place for a meal. Prices are not super cheap but the food, wine and the view are to die for. Take your missus there, It'll pay dividends !
Source: google
Write your review!

We hope you enjoy your visit. Uleybury is a family owned and operated boutique winery that produces only premium quality wines that have distinguishing varietal characteristics and flavours that are inviting to the palate. The family at Uleybury welcomes guests into the cellar door like they welcome family into their homes. Friends, wine and food come together with great hospitality. Whether you are just passing by for a quick tasting or want to spend the entire afternoon at Uleybury, your experience will be truly memorable.

Uleybury lies North – East of Adelaide, South Australia, within the Mount Lofty Ranges . It is a picturesque area and to add to it’s poetic beauty it also fast becoming a new wine growing area.

The response and success of the first three labels and now their continued vintage releases, along with several other new releases has proved that Uleybury “has the elements necessary to produce quality wine”, Winestate Magazine Nov/Dec 2000.

At Uleybury every vine is hand pruned to control yield level to maximise quality. It is the continuing commitment to excellence in the vineyard that is the first step in making our award winning wines.

Uleybury Wines are made to reflect soil, climate, variety and season, which is a rare occurrence in an industry which is becoming dominated by large corporations that produce wines according to specifications. 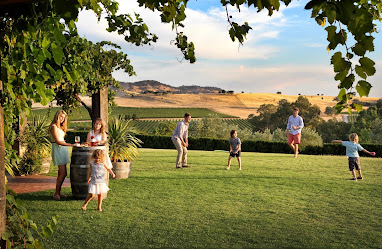