----
“ Zenato is located in San Benedetto di Lugana in Veneto, twenty-five kilometres west of Verona on the shore of Lake Garda. ”
From: €25.00
Book Now! How does it work?
Duration: 2 Hours
Cancel Free: 3 Days Prior

The family owns seventy- five hectares (185 acres) of vineyards in Lugana and Valpolicella, where the soil is morainic and the climate mild. The winery was founded by Sergio Zenato and his wife, Carla, in 1960. Zenato makes white and red wines that exemplify the founder’s passion for the land and its history, respect for the environment and devotion to a family tradition that has exalted the local grape varieties for half a century.

The winery quickly grew a solid reputation for high quality wines made from the local grape Trebbiano di Lugana with great labels such as the white Lugana  Riserva Sergio Zenato and Lugana S. Cristina. Beginning in the 1990s, Zenato extended its horizons, buying land and making wines in Valpolicella at the Costalunga estate in Sant’Ambrogio.

The tour begins among the historic vineyards of the Zenato family in Lugana. Immersed in the greenery between the vine rows, you will admire Lake Garda and the Morainic hills before visiting the cellar to find out how native grapes are processed and how the winemaking process works. You will then visit the two rooms dedicated to Amarone, the King of Valpolicella, and the underground winery, the oldest section of the cellar, where our red wines rest.

Here you will have the chance to discover and experience first hand the two different soils of Lugana and Valpolicella, which bring our outstanding wines to life. The tour ends with a tasting of Zenato wines in a truly impressive setting, surrounded by the family's “libraries” where the most valuable vintages are kept.

The tour ends with a tasting your choice between the following:

During the tasting you will enjoy Zenato Valpolicella DOP olive oil, with bread, cheeses and cured meats. 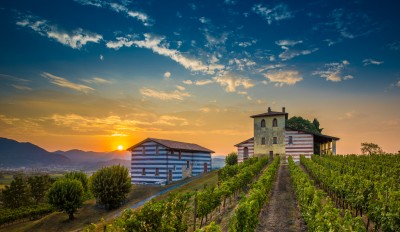 From €25.00
“Experience the pioneer spirit of Franciacorta through its most innovative wines.” From €18.00
“"Our choice has been to make wines from this territory" Enrico e Marco Faccenda, owners of Cascina Chicco” The wines of Le Langhe Region at Ceretto Winery

From €30.00
“Recommended for those who are experiencing the Langhe and Ceretto world for the first time.” The shades of Nebbiolo at Ceretto Winery From €75.00
“An educational visit dedicated to wine lovers and connoisseurs.” From €15.00
“Explore the breathtaking Conegliano-Valdobbiadene valley the way locals do: from the vineyards.” From €20.00
“This guided visit will take you through corridors, passageways, and tunnels excavated in the tuff rock, beginning in the 18th-century” 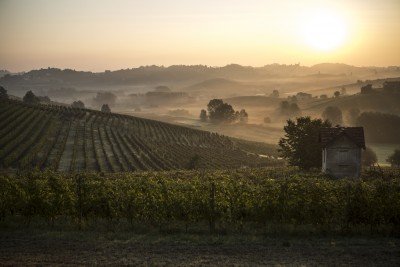 From €40.00
“Dedicated to those who love great wines that stand the test of time” From €30.00
“The best way to get to know the expressions of the most typical bubbles of the area: Sparkling Traditional Method and Moscato d’Asti”

From €30.00
“A special experience discovering Chardonnay style in Piedmont wines!” From €35.00
“Exploring, promoting and consolidating the potential of Barbera have always been crucial elements of Coppo’s identity”

From €15.00
“Experience the charm and elegance of Fattoria Le Pupille to discover the beauty and innovation of the Maremma region and Supertuscan wines”

From €69.00
“Saffredi & Solalto paired with some chocolate and some cigars and a special surprise: tasting of an old vintage wine” From €15.00
“The culture of hospitality is a deeply-rooted tradition in Campania, and Feudi is devoted to making you feel welcome.” From €20.00
“An essential journey through the history of a family-owned winery that has been making wine for more than fifty years” The origins: an itinerary through the roots of Ca Lunae

From €16.00
“Feel the warm welcome of the Ligurian sun when you visit Lunae” From €23.00
“An interesting experience to discover how farmers used to live and still work!” From €25.00
“Wine tasting and analysis of tradition and research in winemaking processes!” A Journey through Vermentino at Ca Lunae

From €27.00
“Probably the most famous grape in this area..at its best! A special Vermentino wine tasting experience” From €10.00
“Visit Tinazzi Winery and discover our great italian delicacies, from Veneto to Puglia wines!” From €6.00
“Make a reservation to discover a splendid winery in Lombardy!” From €10.00
“Discover the organic wines of the Morainic hills in the unique setting of Villa Merighi, a XVIII century historical noble Villa.” From €69.00
“If you want to have a special wine day experience at the Garda Lake, this is your tour, with 2 wineries and a great discovery of Peschiera!” From €23.00
“Hospitality, the hallmark of moments shared together, enjoying a sensory and emotional journey as you travel down memory lane.”