We came right when they had shut...

8/26/18
We came right when they had shut down the restaurant for renovations, but they took us through a tasting! Extremely knowledgeable about the area and recommended a couple of great alternatives. Also, the wine
Source: google

Been to concerts here, been to business...

7/8/18
Been to concerts here, been to business lunches, and again yesterday. Food great. 2014 Art CabSav great. Not so great the profiteering on their own wine. Bottle at tasting cellar $66 same bottle at table $92 - really?
Source: google

We stuck to the wine tasting and...

6/14/18
We stuck to the wine tasting and had some delicious sips. Tasting is complimentary except for their more expensive ranges - quite fair really.
We were helped by an Argentinian lady who was as very friendly and helpful .
The outlook is beautiful, and I imagine it would be a lovely place to sit with a glass of wine over a nice lunch
Source: google

6/5/18
Had a fabulous time here. Beautiful setting and had the best wine pairing ever! The 2 course lunch was done to perfection as well. Can’t fault anything and would highly recommend this place anytime.
Source: google
Write your review!

Family owned, Leeuwin Estate, one of the five founding wineries of the now famous Margaret River district of Western Australia, is under the direction of two generations who work with a team of highly skilled winemakers to consistently produce wines ranking alongside the world's finest. In 1972, legendary Napa Valley winemaker, Robert Mondavi, identified the future site of the Leeuwin vineyard as being ideal for the production of premium wine and provided early mentorship to Denis and Tricia Horgan in the transformation of their cattle farm into Leeuwin Estate. Enjoying its first commercial vintage in 1979, Leeuwin was thrust into the international spotlight when Decanter Magazine gave its highest recommendation to the 1981 "Art Series" Chardonnay. The international accolades have continued and Leeuwin now exports to 30 markets. Celebrating the combination of fine wine, food, art and music, Leeuwin features an award winning restaurant, cellardoor and art gallery. The Estate is renowned for staging spectacular events and welcoming visitors from around the world.

Leeuwin Estate releases wines under the Art Series, Prelude Vineyards and Siblings labels. The "Art Series" represents Leeuwin's most opulent and age-worthy wines and are identified with paintings commissioned from leading contemporary Australian Artists. Prelude Vineyards wines are made from fruit producing the most readily expressive wines, with the objective that they will drink well soon after release, whilst the Siblings label celebrates family lineage and the three generations now leaving their footprints on Leeuwin Estate. They all share a place amongst the great wines of Australia, receiving much international acclaim and attention. Leeuwin's Art Series Chardonnay and Art Series Cabernet Sauvignon are included in wine auction house, Langton's, prestigious classification. With point scores as high as 98/100, US Wine Spectator has included Leeuwin Art Series Chardonnays in the editor's annual top 100 list on numerous occasions with the 2011 vintage ranked wine #5 in 2014. The Art Series Cabernet Sauvignon has been included in UK Decanter Magazine's Top 50 wines of the year and as a US WINE & SPIRITS Top 100 wine. Leeuwin wines are available in 30 markets. 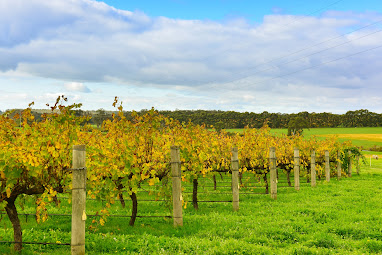