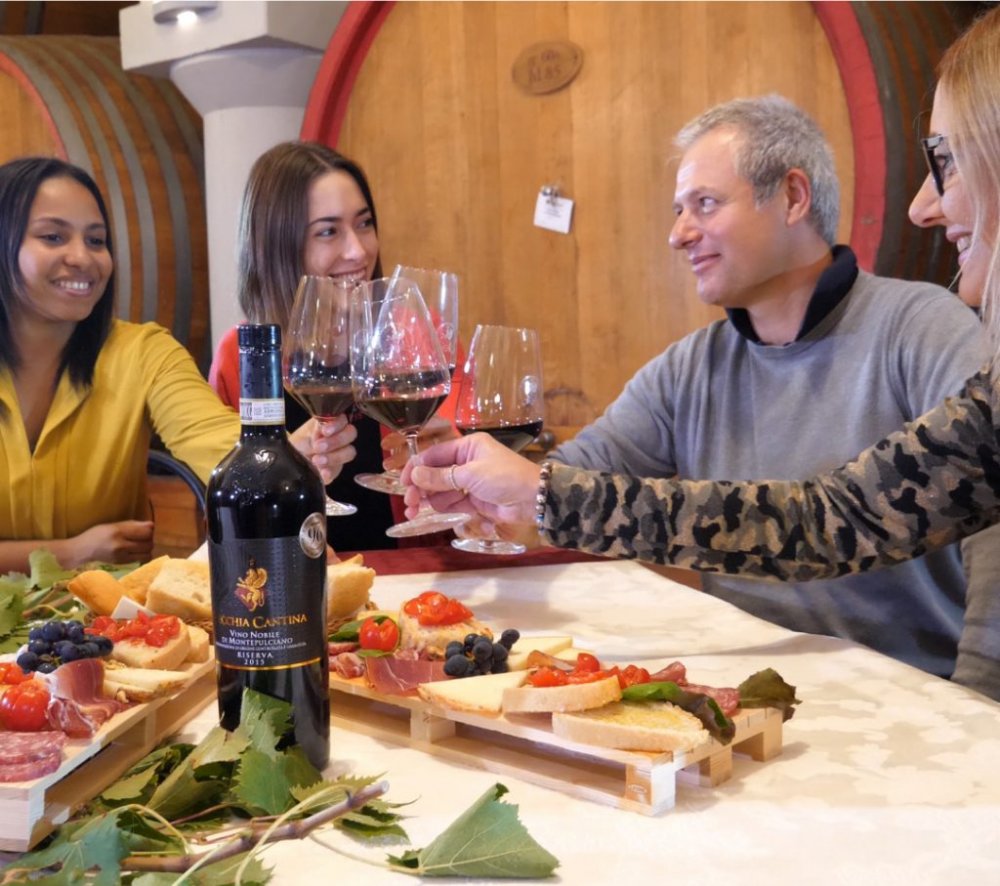 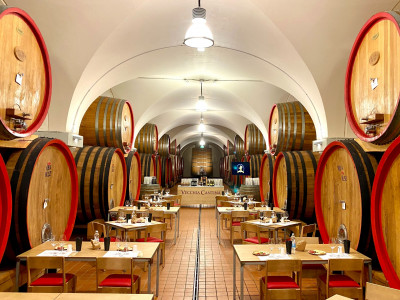 From €24.00
“A tasting of 4 wines from the “Cantina del Redi” wine selection including the new “ARGO” wine and the inevitable Vinsanto!” 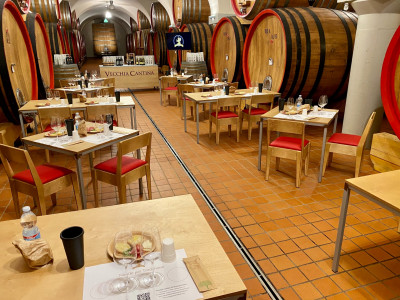 From €30.00
“A real full immersion in the world of Vino Nobile di Montepulciano, to understand the characteristics through different vintages and styles” 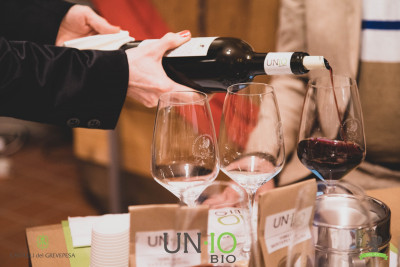 From €25.00
“3 Organic wines accompanied by products from the territory from 2 sustainable Tuscan cooperatives” 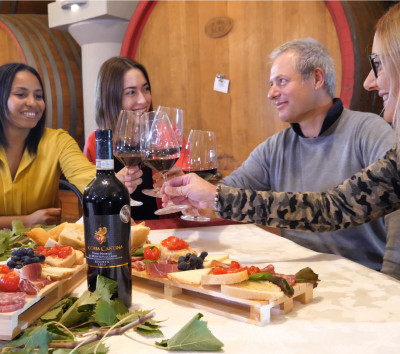 From €30.00
“A tasting of 2 vintages of Vino Nobile Le Pievi, the latest and finest appellation for Vino Nobile di Montepulciano, accompanied by Pecorino”

The emblem of Vecchia Cantina di Montepulciano is a rampant winged lion, born from the union of the rampant griffin – an ancient mythological symbol which evokes the long history of the Municipality of Montepulciano since its Etruscan origins – and the lion, expression of the Florentine Seignory, which deeply influenced the life of the town in the 15th and 16th centuries from both a political-administrative and architectural-urbanistic point of view.

Established in 1937 by fourteen pioneering winemakers, Vecchia Cantina di Montepulciano began its production history in 1940 when it bottled its first vintage.

Having overcome the difficulties of the Second World War and the reorganisation of land ownership in the 1950s, the Cellar spent the next two decades being a real driving force for the entire territory. And this is a role that it still holds today.

What has made this cooperative so important are the people who, despite their large numbers, faithfully reflect the human value of this historic brand. Our headquarters, built in 1970, is located on the outskirts of the town. It houses the offices, warehouses, storage tanks for finished wines, the bottling line, a shop and the splendid 2800 square metre underground barrel cellar.

The winery boasts around 400 member estates with an approximate total of 1000 hectares of vineyard, between the provinces of Siena and Arezzo in Tuscany and Perugia in Umbria. The area is characterised by a geological substratum consisting mainly of marine sediments from the Pliocene and ancient Pleistocene ages. In the higher areas of the territory of Montepulciano, the soils are rich in sand, while at lower altitudes they are clayey-silty, medium-textured or loamy and sandy-clayey.
The climate is typically Mediterranean, with little rainfall in the summer months. The altitude of the vineyards is between 250 and 550 metres a.s.l.: they lie mainly on the gently rolling hills that embrace the Val di Chiana, as well as on slightly sloping ground and, to a marginal extent, on the plain.

The vineyards are cultivated using the espalier system, with spurred cordon vine training, Guyot, double Guyot and G.D.C. The agronomical techniques adopted by the producers can be the same or different from vineyard to vineyard, from producer to producer or from zone to zone: the common aim is the achievement of the vegetative-productive balance of the individual vines, to harmonise the grapes and improve their quality.

The main grape variety is Sangiovese, known as “Prugnolo Gentile” in Montepulciano. Typical local varieties and other red grapes such as Merlot, Cabernet Sauvignon, Cabernet Franc, Canaiolo nero and Colorino are also cultivated. White wines and Vin Santo are made f 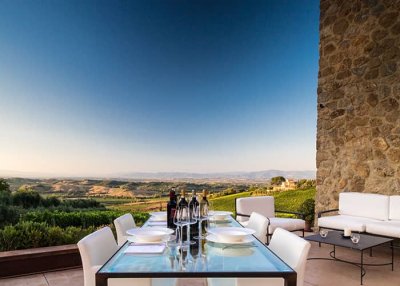 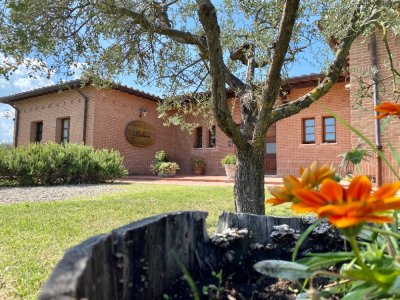 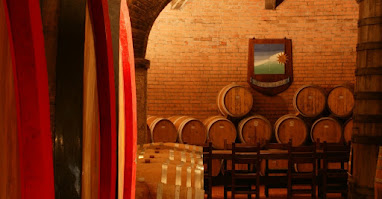 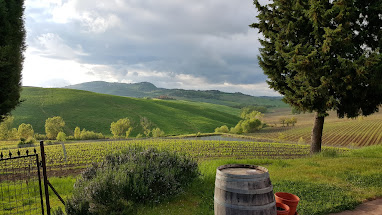 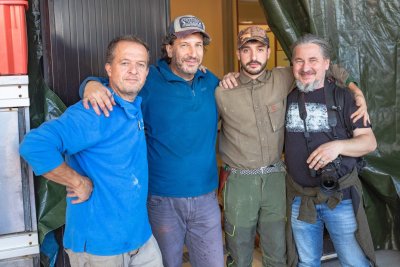 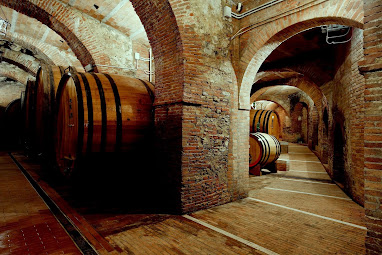