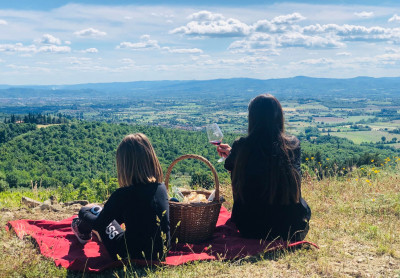 Pic Nic in the vineyards of Buccia Nera winery

From €28.50
“An opportunity not to be missed to spend a day outdoors in total tranquillity, strolling through the vineyards and olive groves.” 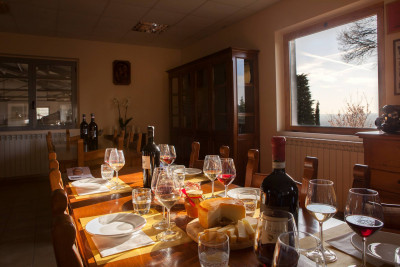 From €11.50
“Cantina Buccia Nera is waiting to offer you unforgettable emotions.”

In 1916 the property in Campriano has been purchased. Today it is the headquarters of the farm and it is made up of a farmhouse used as “agriturismo”and many acreages, transformed at once in vineyards and olive tree groves. A first wine cellar was built in 1926. It was assigned to produce Chianti DOCG and it had cement tanks and 500 hl oak barrels.

In 1970 Amadio Mancini, who nowadays is still the owner , took the control of the farm
bringing interesting changes and renovations. The achievement of new vineyards and olive groves in fee are the base for a high quality production.
In 2002 Buccia Nera turned to an organic production. Natural systems were already used, but without certification, which was achieved in this year. Simultaneously, the realization of a new, bigger and more functional cellar was undertaken, a cellar equipped with the best high tech machineries, in order to reach a higher level of quality. Anastasia and Alessia, Amadio's daugheters, started to work in the winery and they brought new ideas and interesting projects.

The first bottle of Buccia Nera was released in 2005 and it was made in the new cellar in Campriano. Since then the production has increased and today there are 9 different labels.

In 2010 new projects and desires were embraced: 10 hectars of vineyard were renewed adding new grape varieties, such as Grenache, Black Malvasia and Sauvignon Blanc, always keeping the traditional Sangiovese and Canaiolo.


We have 50 hectars of vineyard: the 80% is taken up by Sangiovese grape, the rest by Merlot, Ciliegiolo, Canaiolo, Cabernet S., Trebbiano Toscano, Malvasia Nera, Grenache, Chianti's Malvasia, Grechetto Sauvignon blanc and Chardonnay, which are located in the area of Arezzo, in different altitudes that go from 200 to 650 meters above sea level.The exposure is South, South-West.


The planting layout of the vines is 3,00 mt x 0,80 , 2,50mt x 0,80 and 2,40x 0,70mt. The training systems are the spurred cordon and the guyot for the Chardonnay and the Sauvignon Blanc. This kind of farming allows us to have a medium-low profits per hectar (60/80ql per hectar), exploiting in the best way the soil and the sun's rays.


Vineyards are located in different areas and on different types of soil. Mainly we have soils consisting of stones and gravel, well aerated with spaces deep down, made with a mixture of clay, sand and limestone. 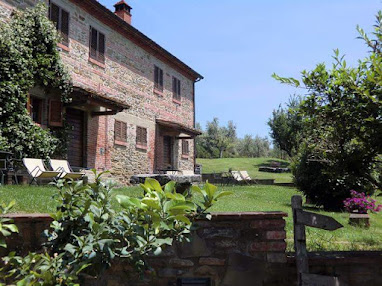 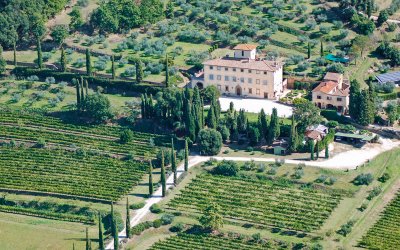 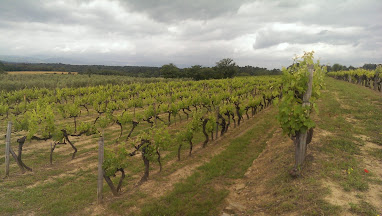 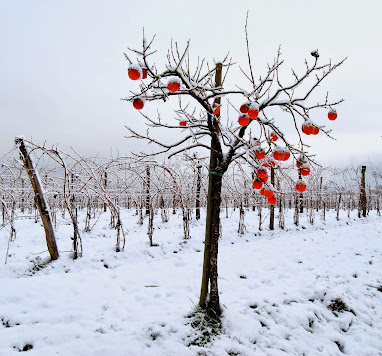 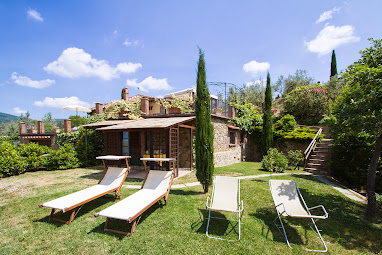