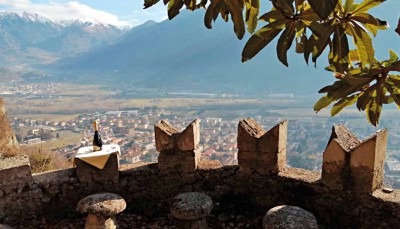 From €30.00
“A walk among vineyards, olive groves and Davine stream, to discover the beauty of this wonderful territory” 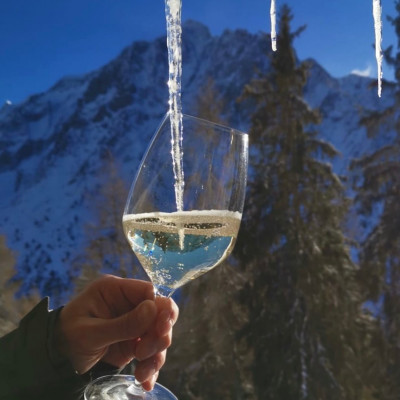 From €19.00
“Immersed in a special atmosphere, at the foot of the Concarena in Valle Camonica, Cantina Monchieri awaits you for a unique experience” 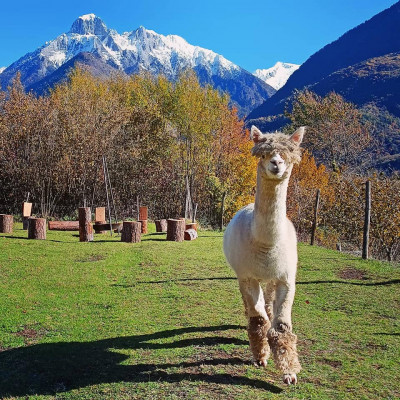 Walking with the Alpacas

From €50.00
“An incredible adventure to discover the vineyards of the Concarena cone at alpaca pace!”

The fascinating area of Valcamonica, located in the north-east of Lombardy, is most known across the country for its perfectly preserved rock drawings: Over 140,000 symbols and figures, carved into the rocks over a period of 8000 years, thanks to which Valcamonica was awarded as first Italian UNESCO World Heritage site. The ancient rock carvings, however, are not the only reason attracting visitors to this area. Valcamonica is also one of the most important wine-growing areas of the region and its territory boasts many wineries that you can visit for a wine tasting.

Across the territory of Valcamonica, you’ll be able to admire terraced lands with endless lines of vines and find small wineries producing Valcamonica wines that you can visit for a tasting. The Valcamonica IGT appellation is destined to the following wines: white, also in the passito type, red, Marzemino and Merlot.

Which food to taste in Valcamonica?

The wine tastings you’ll take part in while in Valcamonica, which will often be paired with a local charcuterie board, will surely whet your appetite. This surely won’t be an issue, as there are plenty of inviting local dishes to choose from. Some must-tries include casoncelli (a type of filled pasta), piode (potato gnocchi), migole (a sort of chestnut and buckwheat polenta), cuz (an ancient mutton stew) and gnoc de la cua (dumplings made with flour and wild spinach).

Which wines to taste in Valcamonica?

Which is the best season to visit Valcamonica?

Wine tastings and visits to the wineries of Valcamonica can be organized throughout the year. Spring and summer are particularly suitable for those wanting to hike in the surroundings, while the month of autumn when the warm color of the leaves tinges the mountains with its brushstrokes, provides some magical views.

What things to do in Valcamonica?

While in Valcamonica, you will have the opportunity to discover its wonderful wines during your wine tastings and winery visits. Other highlights of the area that we recommend visiting include the National Park of Rock Engravings of Capo di Ponte, the National Museum Of Prehistory, the church of San Siro, Breno’s castle, the thermal baths of Boario.

Which wineries to visit in Valcamonica?

See all wineries in Valcamonica on Winedering.com

Where to do wine tastings in Valcamonica?

These are perfect wine tastings to book in Valcamonica:

See all wine tastings in Valcamonica on Winedering.com