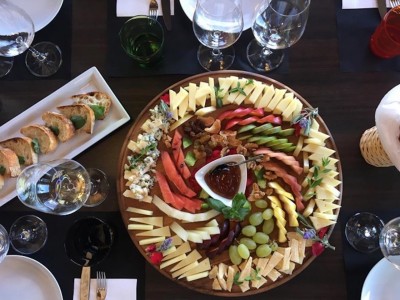 Wine tasting and light lunch with a view at Olbios Winery

From €37.00
“Live a full immersion in the sardinian food and wine heritage with this special light lunch experience” 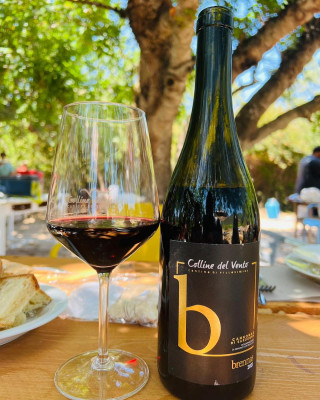 From €35.00
“Tasting in the vineyard in the shade of a carob tree, guided by the producer, to discover the organic wines of Colline del Vento” 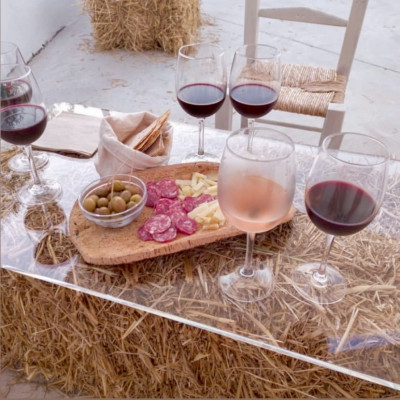 From €15.00
“An evening wine tasting immersed in the countryside of Sardinia: taste 2 wines with local products while enjoying a casual environment” 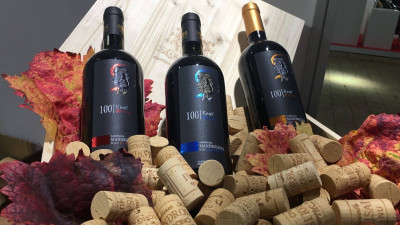 Wine experience to discover the wines of Mandrolisai

From €25.00
“Discovering the territory and the DOC Mandrolisai wine, in the heart of Sardinia.” 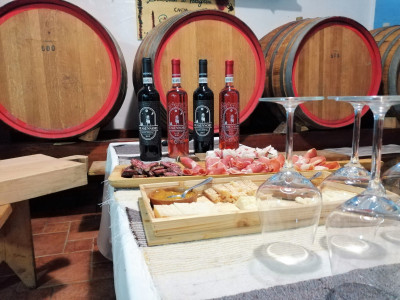 Tasting in the heart of Barbagia: discovering the Cannonau of Mamoiada at Cantina Mussennore

From €22.00
“An evocative tasting of 2 wines including local delicacies in Mamoiada, immersed in the uncontaminated territory of Cannonau” 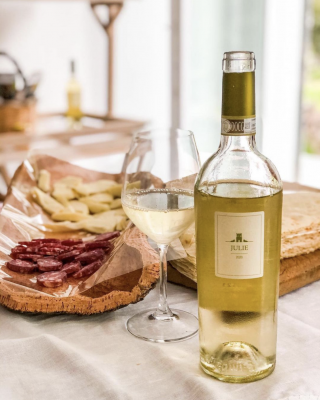 Wine tasting experience at La Neula in the heart of Gallura

From €35.00
“An itinerary around the Gallura region through the tasting of the 5 wines produced by the winery, paired with delicacies from the territory” 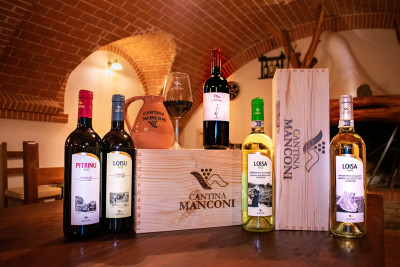 Wine tasting in the heart of Gallura at Cantina Manconi

From €35.00
“Visit the Manconi winery and enjoy a tasting of 5 wines paired with delicacies from the territory in their cozy tasting room” 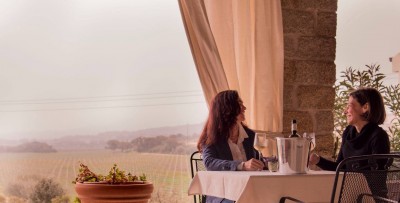 From €18.50
“Discover the production of Vermentino classic method sparkling wine and taste it in the spaces where it comes to life” 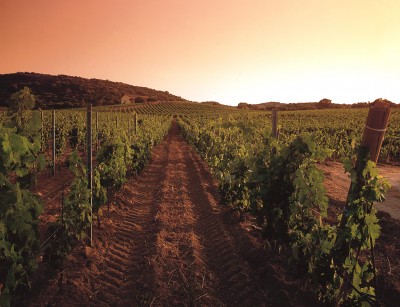 From €24.00
“Taste 2 wines of the Capichera world and enter the world of Sardinian wine heritage” 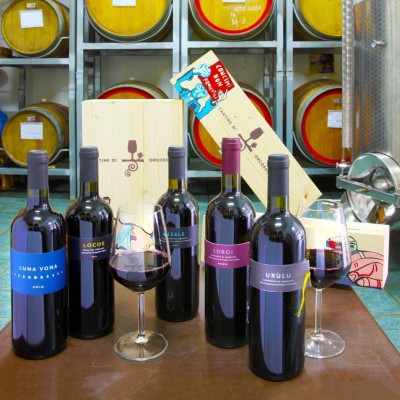 From €35.00
“Discovering the producers of Orgosolo through a guided tour of the winery and tasting of wines and typical local delicacies.” 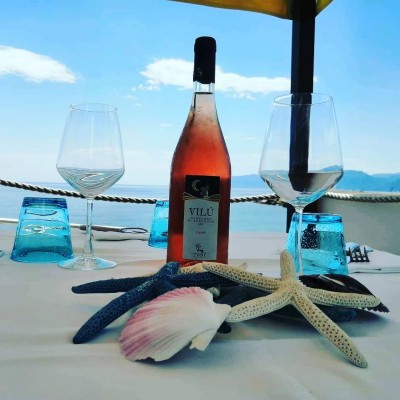 Gallura through its white and red wines at Tani Winery

From €30.00
“An experience to discover the unique territory of Gallura through its white and red wines.”

Yoga experience in the vineyard of Colline del Vento

From €30.00
“Immerse yourself in the silence of Colline del Vento's vineyard for this unique unwinding yoga experience!” 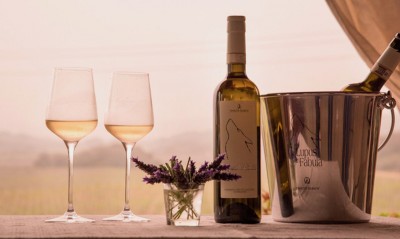 Aperitif with View at Tenute Olbios

From €10.00
“Enjoy a unique aperitif in the heart of DOCG Vermentino Gallura” 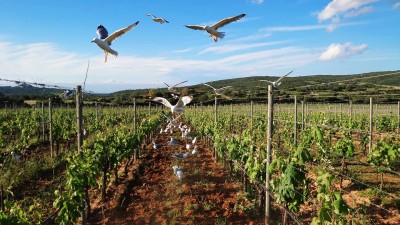 From €58.00
“A mix of Vermentino and red grapes, this tour includes 3 glasses of wines (two white and one red)” 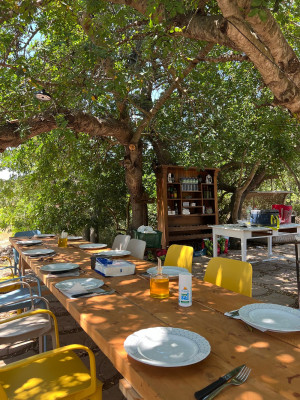 From €56.00
“Enjoy one of the most typical Sardinian recipes, roast suckling pig, paired with the organic wines of Colline del Vento and other delicacies” 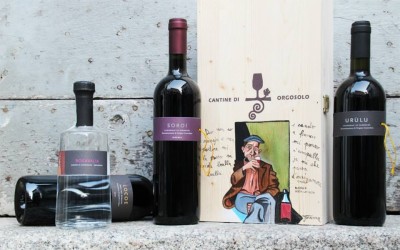 From €29.00
“Educational visit and tasting of three wines in the winery” 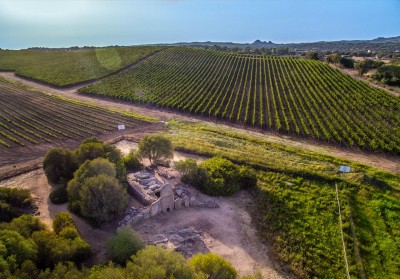 From €35.00
“Capichera and Vermentino: A Sardinian Story, 40 years long and full of passion. Tasting of 2 vermentino wines!” 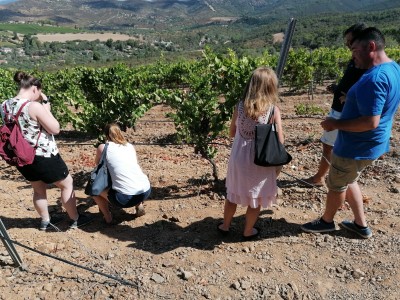 From €25.00
“Enjoy this special experience and visit the winery and taste its products accompanied by the owner and enologist of the winery” 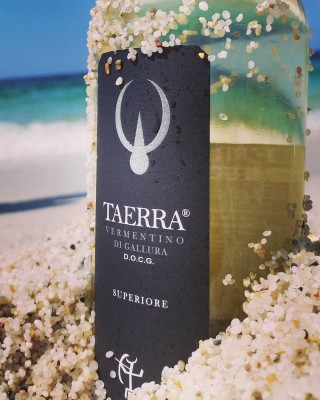 From €40.00
“Vermentino di Gallura docg, the most representative expression of this noble grape variety. Enjoy a great tasting of 4 wines” 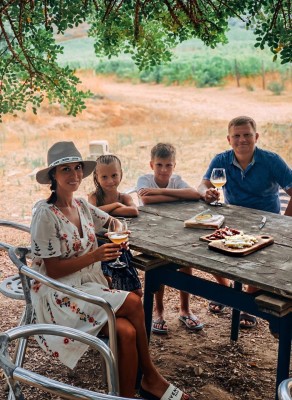 Wine tasting and lunch or dinner at Colline del Vento

From €75.00
“Enjoy a special lunch or dinner at Colline del Vento for a special food and wine pairing experience” 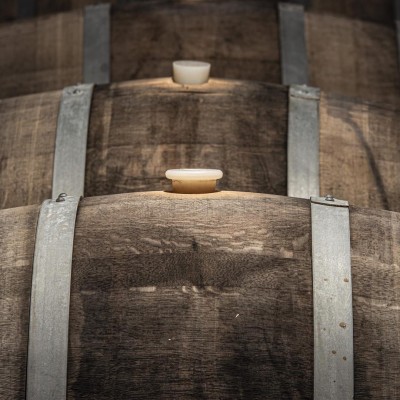 From €58.00
“The complete experience to taste and understand this grape: tasting of 3 different style of Vermentino” 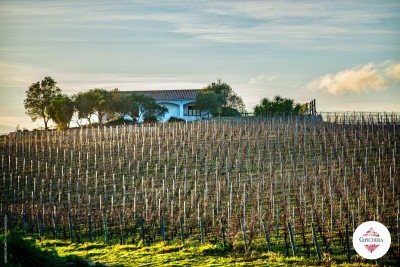 From €40.00
“Not only Vermentino: a tasting of 2 wines including the Capichera and the red Assajè” 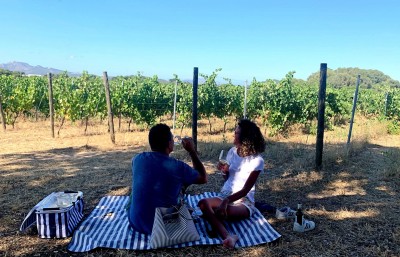 Pic-nic immersed in the vineyards

From €46.00
“Enjoy a moment of complete relax in the green and in the beauty of nature at Tenute Olbios” 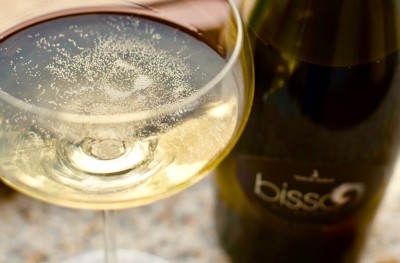 From €51.00
“Get to know the different refined expressions of Vermentino in Gallura, in the heart of Sardinia's only DOCG!”

The beautiful island of Sardinia finds itself in the Mediterranean, west of Italy’s mainland. With its approximately 2000 kilometers of coastline, sandy white beaches and a hinterland rich in hiking trails, Sardinia is the perfect destination for wine lovers who want to combine wine tastings and winery visits with hikes in breathtaking landscapes and a holiday in one of Italy’s most renowned sea destinations.

Your wine tastings in Sardinia will teach you how the wine they produce today in this region is the outcome of the influence of different populations. Thanks to its strategic position, Sardinia was influenced over time by many populations that crossed its lands, starting from the Romans, to the Arabs, the Genoese, and finally the Piedmontese, to name a few. Sardinia’s viticulture was influenced too by the different traditions and cultures, and many of what are now considered local vines were brought to the island by these populations over the centuries. In more recent times, Sardinia’s winemakers were able to improve the quality of their production to obtain elegant red wines and crisp white wines such as the well-known Vermentino di Gallura, the only DOCG of the island. In addition, the island boasts 19 DOC and 15 IGT wines.

Which food to taste in Sardinia?

While in Sardinia, you will have the opportunity to visit some unique wineries and taste their fine wines. A trip to this island wouldn’t be complete without tasting some of its traditional dishes as well. Don’t miss out on Fregola, a type of pasta often served with seafood, Culurgiones, a sort of ravioli, Malloreddus, Carasau bread, Porceddu, their traditional roasted sucking pig and Seadas, a type of sweet fried ravioli filled with fresh cheese and drizzled with honey.

Which wines to taste in Sardinia?

Your wine tastings in Sardinia will revolve around the many native grape varieties of the island. The production of white wine is concentrated in the northern and central part of the region and the most common white grape varieties are Vermentino, Malvasia Bianca, Malvasia di Sardegna, Vernaccia di Oristano and Torbato, while the most common black grape types, mainly spread across the southern side of the island, are Bovale, Caddiu, Cannonau, Cagnulari, Monica, Girò and Carignano.

Which is the best season to visit Sardinia?

Wine tastings and winery visits in Sardinia can be booked during every season. Being a very popular sea destination, the island is most crowded during the summer months, when its powdery beaches with crystalline waters are packed with tourists. Spring and autumn represent valuable alternatives as well, as during these seasons Sardinia enjoys milder temperatures.

What things to do in Sardinia?

During your time in Sardinia, you will be able to enjoy various wine tastings during your winery visits. The white beaches and stunning waterfront sceneries of Sardinia cannot be missed when visiting this beautiful location. Other highlights of the island that are worth a visit are the Gulf of Orosei with its suggestive Bue Marino cave, Neptune’s Grotto, the coastal towns of Alghero, Bosa, Villasimius and Castelsardo, the Tavolara island, the Nuraghi Valley (a prehistoric archeological site), the Maddalena Archipelago.

Which wineries to visit in Sardinia?

See all wineries in Sardinia on Winedering.com

Where to do wine tastings in Sardinia?

These are perfect wine tastings to book in Sardinia:

See all wine tastings in Sardinia on Winedering.com